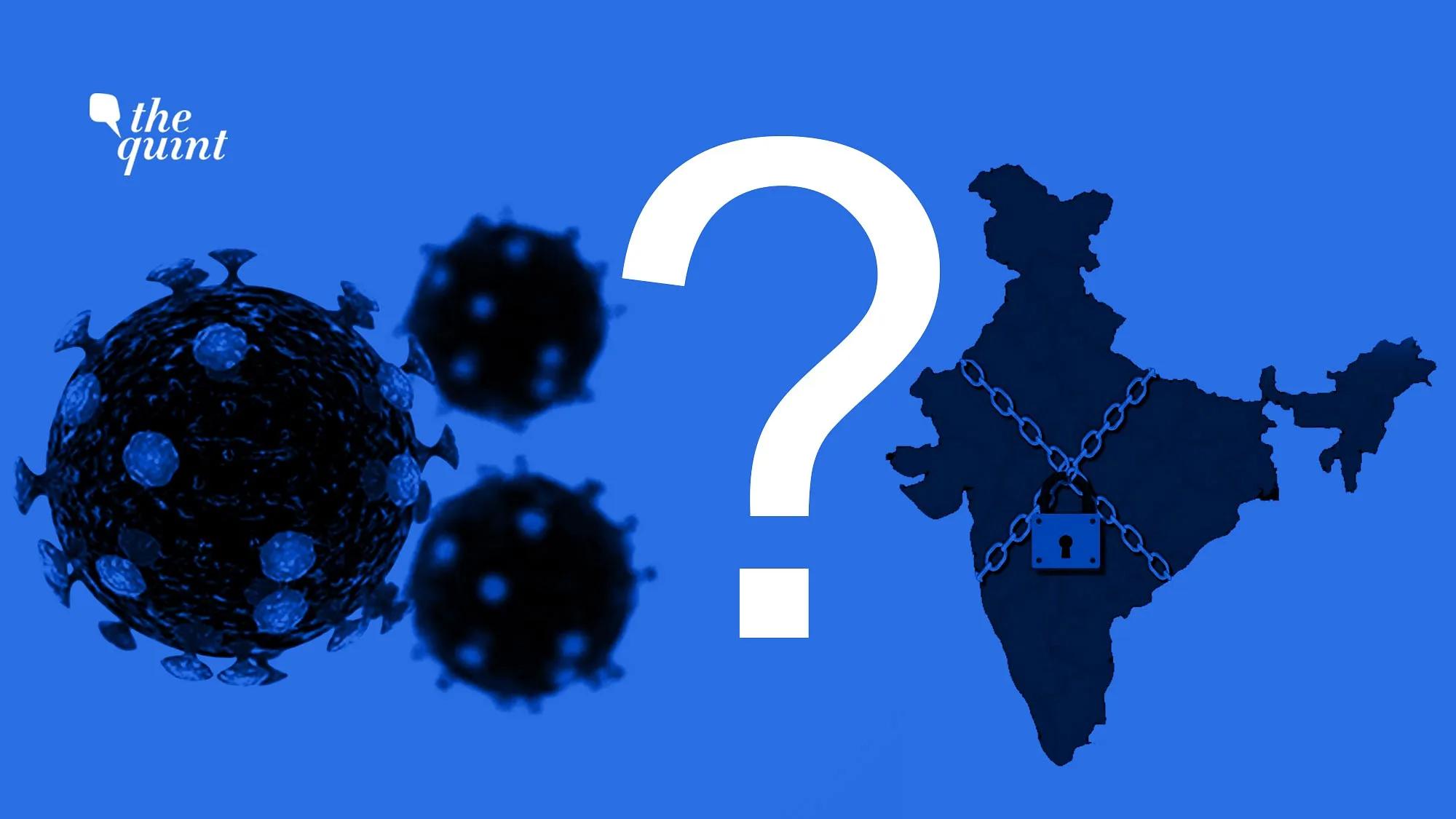 Should Corona Lockdown Be Lifted? Modi Govt Must Take These Steps

Since my appearance in a program on India Today on the night of 7 April, some have questioned the feasibility of the approach I proposed, while others have requested a more detailed explanation. In this note, I try to answer those questions and add more details on how it might best be implemented.

I start with facts I consider inarguable:

1.The longer one takes to recognise and react to a crisis (for example, the spread of an infectious disease of epidemic proportions), the more stringent the policy arising from the reaction will have to be (Eg: curfew, as opposed to Section 144 promulgation).

2.The more stringent the lockdown conditions, the less likely they can EVER be successfully implemented in India, where even the least intrusive and best laid plans do not achieve 100 percent success.

Even so, the larger the scale (for example, countrywide as opposed to one state), and more stringent the scope (example, curfew as opposed to Section 144), of a policy’s intent, the more the following will be needed for successful implementation:

1.Planning well in advance of the announcement of a decision

3.Adequate notice given to the people prior to implementation

The combined consequence of not doing well on the above will be:

*Lower probability of achieving intended outcomes (for example, Total Voluntary Compliance – people don’t clearly know what they should, when they should)

I trust that widely-seen images (which are harder to suppress or misinterpret), and even news reports (though easier to suppress/manipulate) have proven these beyond debate.

Analysis of Relative Costs of Extending the Lockdown

I then suggested that our analysis of the relative costs of extending the lockdown (and compounding the negative economic consequences, which have reached the level of a humanitarian crisis), or ending it (and risking a widespread health crisis) needed to be addressed at a nuanced level (many shades of grey), rather than a digital (black or white) level, by doing the following:

2.Making decisions to ease restrictions (if warranted, or not), at a granular level – at most a district, and ideally down to a village/town/city ward levels. In the worst case, at a state level. (Cannot indefinitely continue lockdown at the national level).

3.Using available data to make the decision on easing/not at each local level in a successive (waterfall) progression:

A) If adequate testing data for infections and outcomes are available (with random sampling of enough counts to ensure reasonably statistically reliable extrapolation to the local population), to see if infection risk is low enough that lockdown can be eased out in phased manner:

B) Since A) above is almost impossible to achieve in the near future anywhere in India due to inadequacy/unavailability of test kits, use ramped up testing for antibodies (with random sampling of enough counts to ensure reasonably statistically reliable extrapolation to the local population) to decide if the portion of the population that has already been infected (and gotten over the infection) suggests reasonable ‘herd immunity’. If so, lockdown can be eased out in phased manner.

C) If A) and B) are not available, ask district collectors to gather data for each village/town/ward, to check if the health impact of infections is being felt. If impact of the epidemic is not seen in either hospitalisation or death rates, then the lockdown can be eased in phased manner.

D) If any one of these doesn’t support the easing of the lockdown, then it should continue at current levels at that locality, but with improved communications and implementation as described in greater detail below

During my television appearance I made one other point. I said that this central government is more data-acquisitive than any in history – partially by natural progression over time ( percentage of population who have PAN, Aadhaar, etc. has increased), and partially by clear preference (the BJP has long been the most Data and IT-savvy party in India). I stated that WHEREVER the lockdown was not eased, the government should use the massive database they have, to target financial and food support to the poorest and least-secure segments of society.

Now some have argued that in such a crisis, support (in other words fiscal stimulus) should be widely applied, rather than targeted.

But I fear that India doesn’t have unlimited space for a full-blown (and deflate) fiscal spending spree, for the following reasons:

1.Irrespective of which estimate you consider, our fiscal situation is already quite poor, with a budgeted deficit of over 3 percent (and closer to 6 percent by some estimates).

2.Our economy was already growing at the slowest pace in many years, and the current shutdown will dramatically reduce the government’s revenues, leading to a massive increase in the deficit relative to the budget.

3.Significant worsening of official numbers could lead to a downgrade of our Sovereign Credit Rating, thereby increasing the interest rates for government bonds, and interest costs to already stretched exchequers at the centre and the states.

4.The global risk appetite has come off in a huge way, after markets have crashed faster than during the Great Depression. There is likely to be limited appeal for huge new issuances of government debt. This could exacerbate the earlier problem.

Taken together, my view is that the government must spend 3 to 5 times what it has already announced as the overall fiscal stimulus – but cannot really afford to do much more than that. And to get the maximum economic uplift for that spending, it must be targeted laser-like at the bottom of the pyramid, and on specific financial arrangements for the middle class and the mid-levels of the supply chain, where the government does not have enough transparency.

The hardest part of successful policy is the execution.

Broad policy approaches must be operationalised through specific actions. And actions like those I’ve suggested above need to have concrete thresholds/targets (for example, what increase in hospitalisation rate is enough to trigger action).

States (notably Kerala) have already started to talk about such a localised, and phased approach to easing the lockdown, based on prevailing conditions. While each state must develop its own approach, and specific targets based on its circumstances (estimated spread of the disease, available capacity of medical facilities, infrastructure to handle disruption, financial packages planned, etc.), I see a clear role for the central government here. Specifically, it could coordinate efforts to provide guidelines for the states as I detail below, as well as develop an integrated import/export, as well as inter-state border/transaction policies.

Here is a summary of my top recommendations at a national level:

*Establish a Crisis Management Committee (which can meet virtually) chaired by the Centre, and comprising members from both Centre and states, to take responsibility for functions including those below (creating other such committees for each item below as needed) in the next day or two.

*Advise states to extend the current lockdown by up to one week, to allow time for committee formation, data collection, guideline generation, and extensive communication of the various phases/stages of the post-lockdown scenario.

*Define a standardised data tracking approach (perhaps including the measures I’ve suggested above) to ensure that the spread of infection, its consequences, and herd immunity levels can be tracked, relative to appropriate benchmarks (such as previous years, 30 January position, et.). These guidelines should be sent to the states to ask each of their district collectors to set up standardised data collection and reporting procedures.

*Develop clear risk indication levels (say five levels, from Very Low to Very High, with five appropriate colour codes) based on the levels of infection, hospitalisation rate (relative to benchmark), death rate (relative to benchmark), and herd immunity rate (evidenced through random antibody tests in that locality). Every single locality must be given a risk rating and colour on a weekly basis for the foreseeable future.

*Develop clear guidelines for various LEVELS (say 0 to 5) of lockdown conditions, with 5 being the current lockdown (clearly document what the current lockdown realistically entails after 3 weeks of experience, first), and 0 being no restrictions at all. For each Level, clarify in as granular detail as possible, the allowed/restricted activities for Agriculture, Supply Chains, Retails Industries, Public Events, etc. For example, one could imagine that even at Level 1, all gatherings of over 50 people in crowded Malls, Theatres, Functions etc. would be prohibited, and schools would be required to avoid assemblies, but could conduct classes.

*Identify which level of lockdown (0 to 5) would apply at which level of risk (Very Low to Very High), and the progression of conditions up and down the lockdown scale as the risk rose or fell on its scale.

*Standardise the fiscal stimulus to be provided (example: payments to BPL families, etc.) and other special financial/contractual conditions (example: MSME support, special subsidies) that will apply at each of the 5 levels of lockdown (1 to 5, assuming no special packages for level 0), and ensure funds are provided from the Centre to the extent possible, and in a timely manner.

*Develop a policy to regulate interstate and international travel arrangements for goods and people, at each level of Risk, and where the level of Risk varies across adjacent localities, especially if in two different states.

*Develop a coordinated purchasing and allocation assistance program (especially for import & export, but also inter-state) for essential equipment/supplies such as Personal Protective Equipment, Testing kits (infection and antibody), drugs, ventilators, and eventually vaccines (it is never too early to start planning) WITHOUT restricting/interfering with states’ purchasing plans. Ideally policies should be graduated based on / correlated to the 5 Risk Levels defined above.

*Develop comprehensive communication packages in all languages to explain clearly the definitions and conditions/provisions/allowances of each of the various matched stages (Risk Level, corresponding Lockdown Level, corresponding Fiscal Stimulus conditions) across the country, so everyone has a clear, equal & full understanding of the scheme.

We Must Apply ‘Chisels’ and Not ‘Sledgehammers’ to Achieve Goals

Here, the central government generally, and the prime minister personally, must take on the responsibility of ensuring these standards, rules, and guidelines are broadcast in such a way that the entire population is well informed and exhorted to comply voluntarily. A common understanding is the building block on which successful execution must be based.

In summary, I would argue that dealing with this crisis, in keeping with the general principles of good governance, requires thoughtful, data and model-based thinking and decisions.

We must apply chisels to achieve our goals with the least amount of destruction, not sledgehammers which create great destruction even as they achieve their objectives.

And though you’d be hard pressed to find a more ardent Federalist, and supporter for the devolution of powers to empower Local Self-Governance, I firmly believe this is a crisis where the Centre can play a huge role – as an Advisor & Coordinator for the States, and their integrated Global Interface, as opposed to an ill-informed Authoritarian enforcer of “One size fits all” blunt-tool policies.

In fact, it is no secret that I am politically opposed to almost everything the current government at the Centre stands for. But the prime minister’s hold on his ardent followers’ attention, and the home minister’s unique organisational skills are undeniable. If they are applied for the greater good as opposed to political gains, they can both be huge assets to help overcome this crisis.

(Dr Palanivel Thiaga Rajan is the MLA for Madurai Central Constituency in the 15th Legislative Assembly of Tamil Nadu, and a member of the Assembly’s Public Accounts Committee. He is also the founding head of the DMK’s IT wing. He holds a PhD from the State University of New York, and an MBA (Finance) from the MIT Sloan School of Management. This is an opinion piece and the views expressed are the author’s own. The Quint neither endorses nor is responsible for them.)